In 1989, the AMIGA 2000 was used to assess the viability of rendering a Primary Flight Display format in real-time. The AMIGA was extended with a 68030 board, but the standard graphics were used (in interlace mode). Below are two screen captures of one of the first tests. For this picture, taken in 2018, the original executable was used, on the original setup. 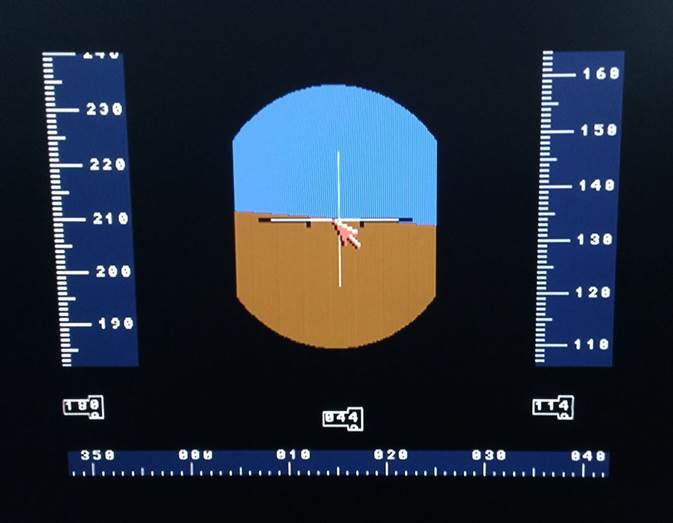 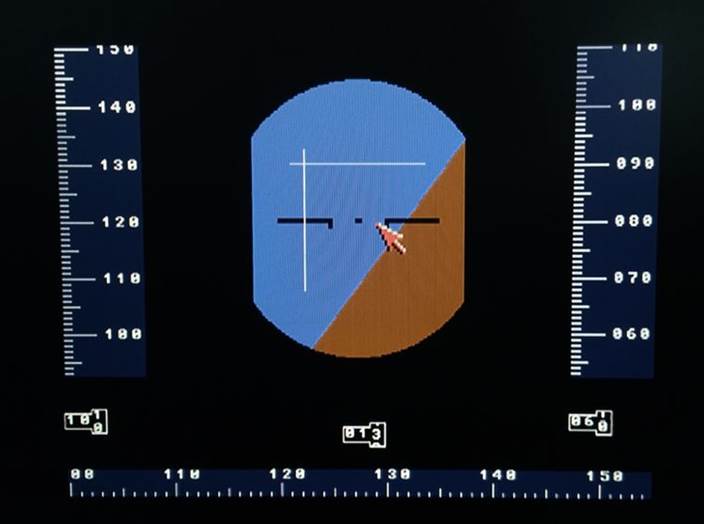 Although the AMIGA was capable of rendering the PFD in real-time, the standard graphics could not meet the 1024x768 resolution requirement. Also, more advanced Avionics displays formats (that required 3-D graphics computations) would benefit from a mathematical co-processor dedicated to matrix multiplications. In 1990 a Texas Instruments TMS34020 Software Development Board was acquired and development of Avionics displays formats moved from AMIGA to TIGA.